Add your new book to your site in minutes, including links for purchase or download, sidebar widgets, and more. 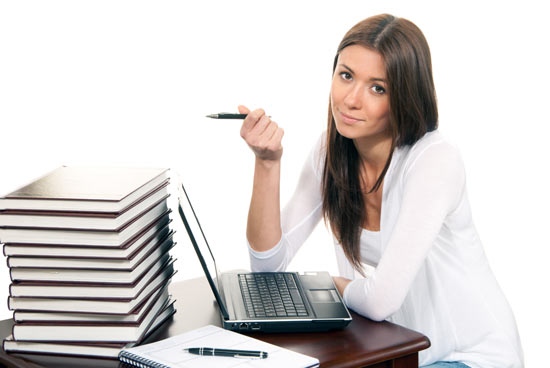 How Does Mooberry Book Manager Help Me?

You Already Know How to Use It

Manage the books on your website the same way you manage your blog posts and pages. Adding your books to your website is as easy as filling out a form.

Book Page Design Done For You

Mooberry Book Manager creates pages for all of your books, ensuring a consistent design throughout your site. No coding necessary.

Set It and Forget It!

Create custom grids of all your books with just a few clicks. Several filtering, sorting, and grouping options available. Grids update automatically when you add a new book.

Easily Feature a Book in Your Sidebar

What if I want to do more?

Mooberry Book Manager is a great free solution for many authors. But for those authors that need a little more customization and some extra cool, we offer optional extensions.

Yes! Mooberry Book Manager is completely free to use on your website.

You only pay for the optional extensions you choose to purchase. That means you never have to pay for features you don't want. Included with your purchase is priority support, just in case you need help.

But what if I need even more?

We have several more extensions in the works. Maybe we're already working on what you want. Maybe not. But either way, we love to hear from our users! Drop us a line about what you need to make Mooberry Book Manager the best book management WordPress plugin for authors, and we'll see if we can make it happen.

Check Out Our Extensions 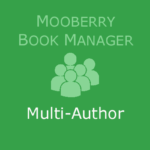 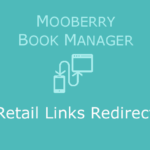 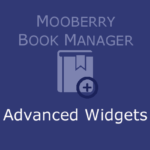 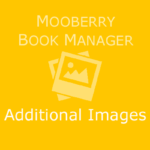 Who is Mooberry Dreams anyway? A computer geek through-and-through, Christie learned how to create WordPress plugins so she could make updating her own website easier. That plugin she wrote for herself eventually grew into Mooberry Book Manager, which launched in 2015.

In addition to a programmer, Christie is a wife of one, a mom of two, a pumpkin carver, and a seamstress of princess dresses for little girls. A writer. A quilter. A cross-stitcher, and a digi-scrapper.

Before staying home to raise children — a lifetime ago, it seems — Christie was a full-time web developer, using ASP, ASP.NET, VB.NET, C#, and PHP. She has a B.S. in Information Technology and an A.A.S. in Computer Science. But that's all irrelevant because after over a decade of raising kids, she's forgotten anything she might have learned in college.

Will Mooberry Book Manager work with my theme?

Let us know about a problem with your theme.

Can I use Mooberry Book Manager on my wordpress.com website?

Yes! Versions 3.1 and above work with Wordpress Multi-Site both with and without Network Activation.

How are the extensions priced?

The price of each extension is for a license valid for one year. Licenses are automatically renewed at a 30% discount before they expire. You may cancel your subscription at any time.

What happens if I don't renew my license?

Your plugin(s) will continue to work just fine. However, you will not receive any updates or support until your license is valid. Licenses can be renewed at a 30% discount.

How is my personal information used?

When you purchase a plugin, you will be subscribed to our mailing list powered by MailChimp. You may unsubscribe at any time. We may email about your purchase, such as you receipt, product updates, and license renewal reminders. Your information is never shared.